Cross Crusade # 8: I can do anything for 45 minutes

The mantra worked. Thanks to the anonymous reader of my blog who supplied it earlier this week.

The course was challenging, with two steep run-ups, a concrete slab barrier (oddly, the only barrier in the course!) and several sections of pavement that had been rendered slick with muddy runoff in the previous heats. The best part of the entire course was a steep, quick drop-down; it was steep like the off-camber transitions featured at PIR short-track earlier this summer, and as I walked the course with Joel (who kindly drove me there and home again) we noted where the best lines were. I also noted -- before Joel pointed it out -- that people coming from strictly road-riding approached the drop-down very differently than those with off-road riding experience. The off-road riders approached the drop, picked a line, and dropped down like it was no big deal. The road riders were much more tentative -- and a few stopped short at the top, scared to ride down it. I didn't do a practice ride -- I wanted to save my energy for the race -- but walking the course made it much easier to see where I wanted to ride, and I looked forward to hitting the drop-down. The secret, I understood, was to stay off my front brake, feather my rear brake for just a moment at the top if necessary, throw my butt back behind my saddle (which I could do on my slightly-small mountain bike), and just let it flow down the hill without touching my brakes.

The run-ups were nearly as steep as the one at Alpenrose -- and the second one was almost twice as long, snaking upward through a blackberry bramble. This was the most physically demanding section of the course for me; I topped the run-up and was badly winded each time, my knees aching from the steepness.

Laps were shorter today than at PIR -- around 2 miles per lap -- and the mud was a much more manageable consistency, too -- less grease and more peanut butter, totally rideable on my singlespeed atb. I was heartened by how much vocal encouragement and cheering I got for riding a singlespeed, and for barrelling down the drop-down.

A young woman who managed to pass me on the flats at every opportunity stopped up short in front of me at the drop-down; she was literally paralyzed by fear. The first time, I simply said, "on your right" and passed her carefully. I managed to pick a decent line through the mud and took the drop old-school bmx-style with one foot off my pedal to help me balance against the off-camber slant. It felt fine, exhilarating, actually, and I took it that way each time. On the next lap when the same thing happened again, that same woman was stuck at the top and didn't know what to do. I slowed down and said to her, "Listen, get back on your bike! It's less scary if you're looking at it on your bike! Really, you can totally do this!" She couldn't, and I wished I could've helped her, but we were racing; there were women coming up behind me and I really wanted to complete at least two laps today, maybe even three, before time was called. I learned afterwards that both times she carried her bike and picked her way down the side of the course, just left of the cones.

Another section of the course that I found myself really enjoying was at the sharp turn that took you down through the parking area, over muddy pavement and onto some muddy gravel. A good line had already been carved into it by previous racers -- a benefit of racing so late in the day -- and so I simply went with the line, bunny-hopped a little over the bumpy puddle in the middle, and turned onto the gravel road where I managed to stay up. In fact, I did not go down once the entire race, and my bike handling felt so much better than when I rode my first short-track race back in June! It was so great to note the progression of my bike-handling skills, even as I was pushing myself and my knees complained (loudly) and I could hear my heart throbbing in the top of my head.

And suddenly, before I was really prepared for it, really, the race was over. "You're done!" the officials yelled out to me as I crossed the finish line. "Really?" I asked in disbelief. I knew I'd only completed two laps, and I was a little disappointed. I was sorrier still that I would not get to ride the drop-down just one more time. It was that fun. I hung out near the finish line for a couple of minutes to talk with a friend, and as I turned to head back to the Team Beer tent for my bag, that woman from the top of the drop-down clawed her way up the run-up. Another racer who'd finished ahead of both of us yelled encouragement, and the two of us got off our bikes and jogged with her the last twenty yards to the finish line, cheering all the way. She looked super-tired, and happy to have completed the course.

I am so happy that I hung in there today, that I did not DNF, that my knees didn't give out, that my bike handled the course so beautifully (well, really, there's just no excuse here. I was on a mountain bike.), and that I felt really tired but also really good afterwards. The new mantra worked. I can do anything for 45 minutes.

And that's it. That's my first Cross Crusade in the books (today was the final race in the series). I have USGP, where I've been told that I will probably be pulled and may not even qualify to ride the next day; but that's a totally different scene with its own vibe; more serious, with USA Cycling officials crawling all over and the elite-level riders looking for the series win and one last good race before Nationals the following weekend. I will, of course, do my best at USGP but really for me it has been all about Cross Crusade. I am pretty happy with wha I've learned by doing this and I know I will want to come back again next year, at least for the most local, transit-accessible races if nothing else (though Barton Park is a really fun course!).

So I guess this makes me a bicycle racer, even if I'm a really slow one. I don't care.
Wow. It's really, really cool. I'm glad I've done it. I want to do it some more.
Phew. 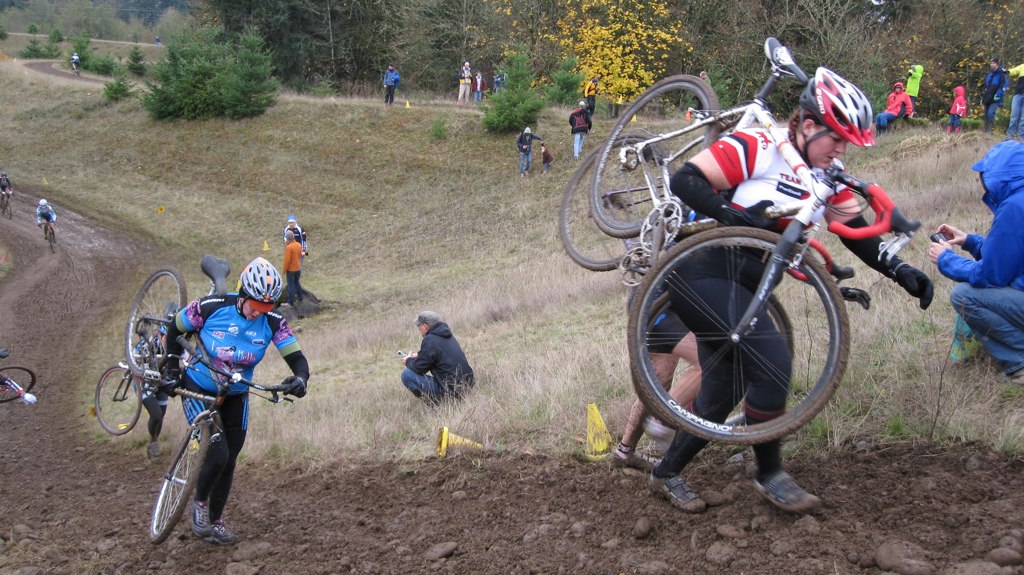 And here's me in the drop-down. Super-FUN! 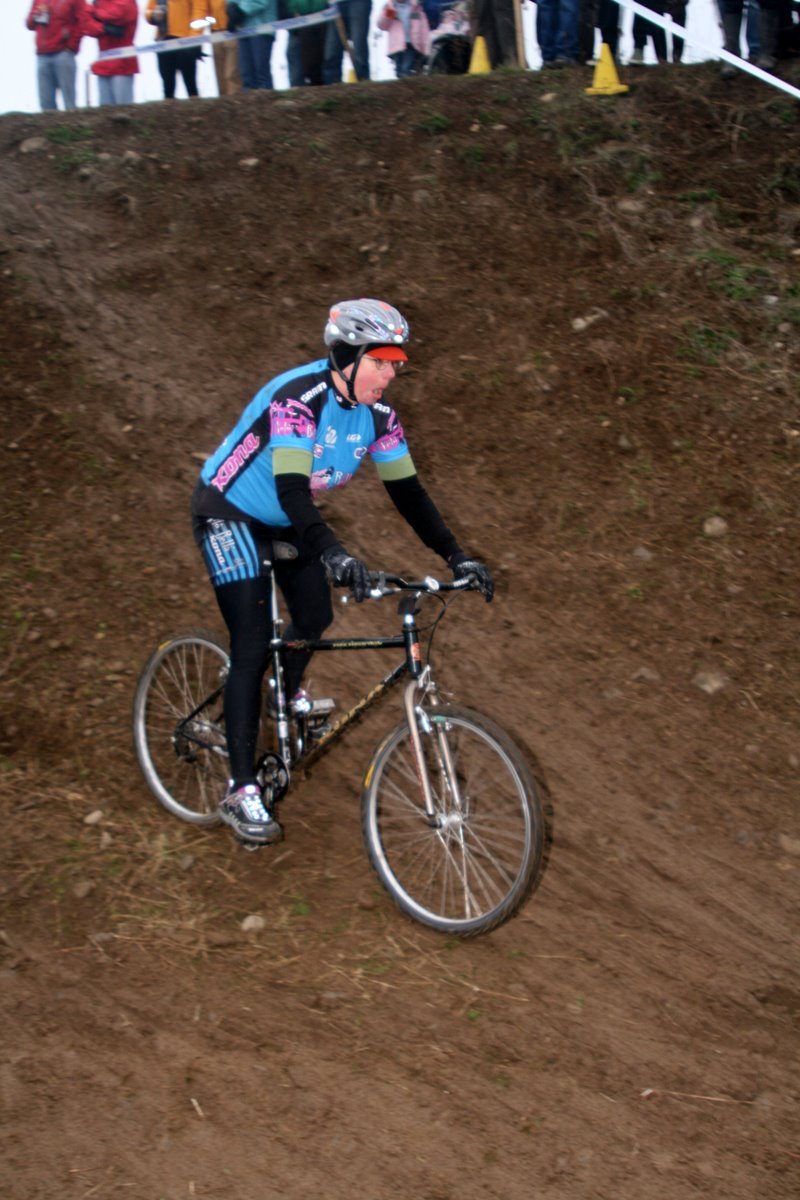