So the Takara I had previously built up didn't quite cut it, so I sold it and moved on to another. this time I had an old "Concours" frame that was sold by Huffy, but was probably built (as near as I can tell) by Motobecane or Carlton. Nice lugwork, still heavy. And it has stamped dropouts which is not great but, so it goes.

Basically, I needed something for the Frankenbike 50 that Cap City Cross put on, so I dug around and this is what I came up with. 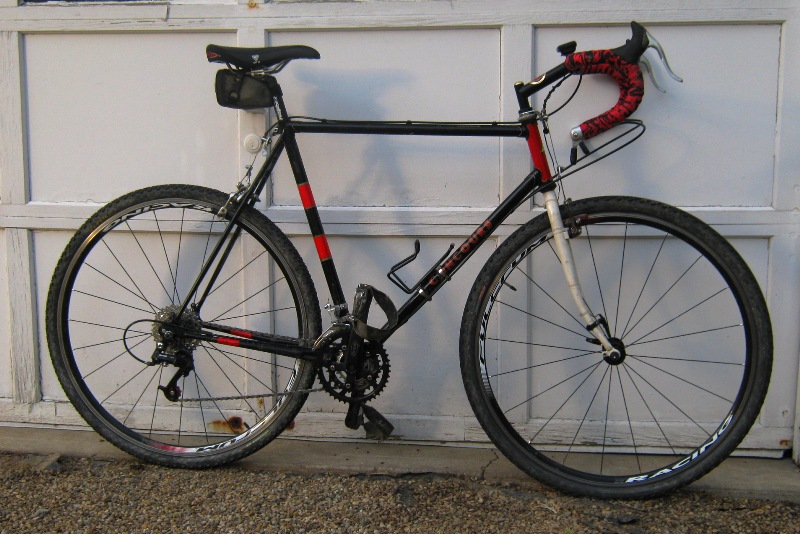 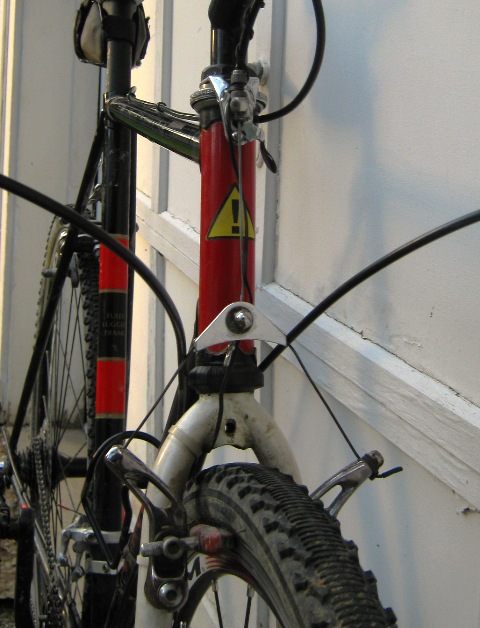 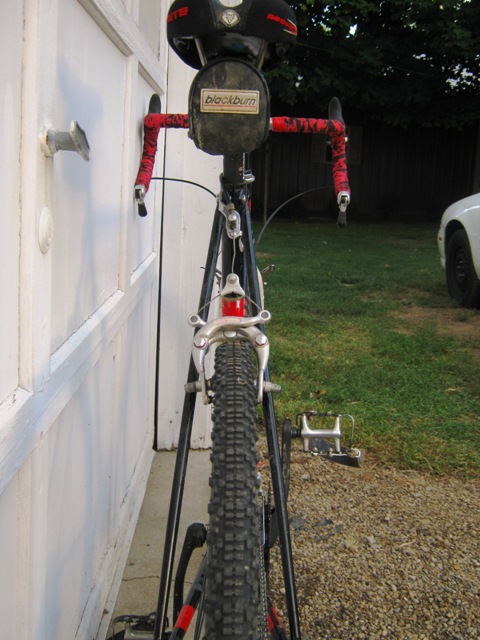 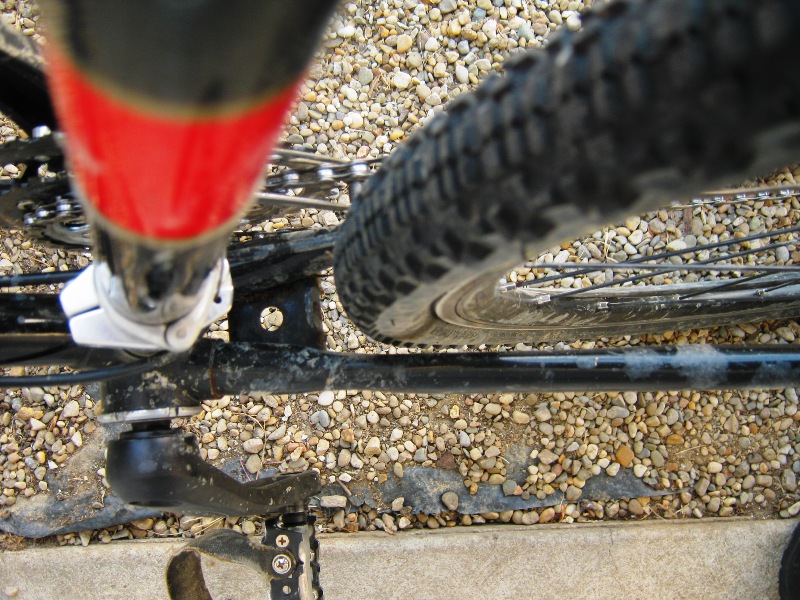 The Fulcrum Racing wheels on this is like polishing a turd, but I bought them as a backup wheelset and, well, I needed them. MTB triple crank up front which was bought again for a different use, but... well, I had to get something together. Plus the Frankenbike had some really steep long hike-a-bike sections that I was hoping to ride so I left it. Pure friction shifting. Everything else was from the parts bin, except for the saddle (awesome deal from Cyclist Connection).

Getting the required rear wheel clearance was aided by a gently-applied hammer and some really big pliers. Spreading the frame from 120 to 130 was accomplished by, ahem, brute force (thus the off-center rear wheel). And the stamped dropouts meant that if I really cranked the pedals the rear wheel would slip forward thoroughly pissing me off every time. Fixing it by route of a toothed washer seems to have helped. And there was no derailler mount, so you have to use one of those clap-on jobs. Which makes clearance too tight when using the 11t cog, so I've adjusted the limit so it doesn't use the 11t. Which makes my 8-speed casette a 7-speed. But it's a budget bike, right? These things happen.

I really like the full-length cable housing and it handles great. It's a tank, no doubt. Centerpulls with Kool-Stop red pads work fantastic, have more clearance at the rim than most low-profile cantis and have plenty clearance all around. What's not to love?

I dissasembled it after the Frankenbike, but recently put it back together for winter riding duties. Fenders are called for, certainly in the snow and crap.

Permalink Reply by J.D. Kimple on January 13, 2011 at 6:37pm
And the cable stops with the little thumb-levers to release tension on the brakes - why are these things not used anymore? What a great, simple idea. And you don't need Campy or Cane Creek brake levers.

HELL YEAH. I love budget cross bikes. this one is also a frame outfitted for 27" wheels with cheapo stock track wheels from a pista. SHRED BULLSHIT