Okay, I went through my storage closet yesterday, and I've got a bunch of stuff to get rid of.

If the item doesn't have a price beside it and just says '$offer', that means offer me what you think the item will be worth to you. Consider that you'll have to pay shipping from Montreal, QC.

Not all this stuff is CX stuff, but I figure a lot of us also have off-season pursuits, or cross over into other disciplines.

Built up from the frame with RaceFace, SRAM and Hayes parts. 6.7" of travel. Specced with a longer stem and a triple chainring. I've raced it (once) in an XC race and didn't come last! It's a good bike, and I never ride it. I would say that it's got less than 500km on it, maybe a bit more. (Montreal isn't a great city for trail riding; Edmonton was better.)

Pics available on request. I'll even throw in some SixSixOne shinpads.

Steel track bike. Currently specced with a 40-16 setup and a front brake, but I've got the 53 tooth chainring that it came with and I'll send that along. Time road pedals, flip-flop rear hub.

There isn't a track nearby, and frankly, I like commuting on a CX bike better (I can hit a good park on the way home). But it's a great bike. I hung onto it for so long because I liked it so much, but I feel bad that it doesn't get ridden. It's not a common bike. Less than 1000km on it. (Actually, more than that if you consider time I spent on the rollers. But less than 1000km on the track/road.)

So here's the deal: the powertap has a busted torque tube. That means the power readings are incorrect. I'm not willing to pay for the repair cost, but maybe you have a friend that can get torque tubes cheap or something. It also works fine as a spedometer. The wheel has about 2000km on it total, so it's still strong and true. 32 hole mavic rim.

While trying to diagnose what was wrong with my powertap, Saris sent me a brand new head unit to eliminate the possibility that it was a faulty computer. Then when I sent the wheel and head unit to be repaired (before I knew it was the torque tube) the company sent me back the wrong computer. Then they just sent me an absolutely new, fresh out of the box with the plastic still on it computer. End result: 1 head unit with some scratches on it that has about 4000km on it, and 1 head unit with 0km on it and the plastic protector still on the screen.

Good set of rollers, I used to train in my basement on them on the LG. But I don't have a basement anymore, and it turns out they don't work well for bikes with soft tyres.

Practically new. I'm not even sure the 10spd cassette was ever mounted, honestly. The 9spd cassette has 300km on it, tops.

Off my road bike. It's old, but it still works. Being campy, most of this stuff is rebuildable. It was still ticking along when I replaced it; it would work well with a commuter bike or even a frankenbike for CX. The 9spd stuff is also old enough that you can dump the entire cassette with one hard thumb-press. This gruppo includes the levers, (road) brakes, crank (53-39) and rear derailleur. (I had to use the front as a spare part for another bike.)

Came specced on my new bike, but I like wider stance cantilever brakes. They're powerful, though. 2 races and a handful of training rides on them.

Seems solid, but I have no way to test its integrity. It was on an old road bike of mine that was wrecked in an accident, though the front end of the bike seemed to escape any damage. (The front wheel was still true afterwards.) It seems a shame just to toss it.

I've got some skate skiing gear that was more appropriate for when I lived in a different city. Atomic & Peltonen skis with Atomic bindings, 2 sets of Atomic boots, 2 sets of Rex Astra carbon fibre poles. If you want the full details, send me a message.

Permalink Reply by John Woods on October 31, 2011 at 11:51am
I will take the brakes. The Campy group is all alum. I assume? What are you trying to get for it cause I have no clue on an offer with out seeing it.

I'll take a picture when I get home. I have one, but it's a bit dark and I don't seem to be able to post pictures from work anyway. I'll put those brakes aside for you, too.

Yeah, the 9 speed stuff is all aluminum. It's worth noting that I replaced the small chainring a couple years ago, so that's an FSA 39 tooth ring. 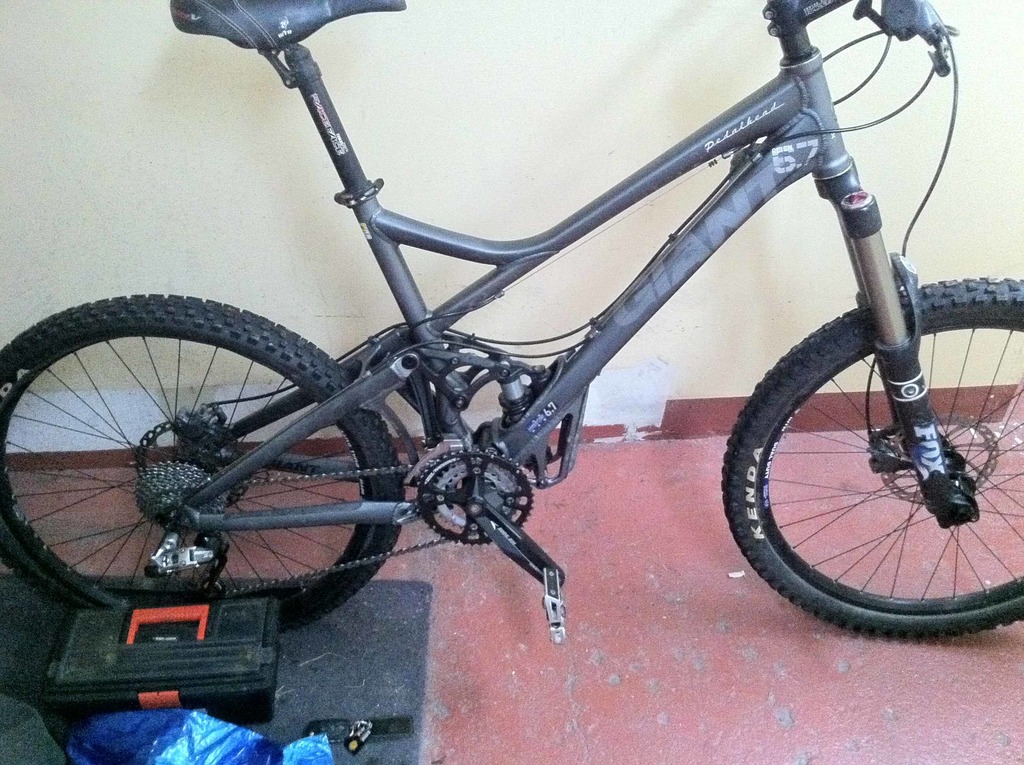 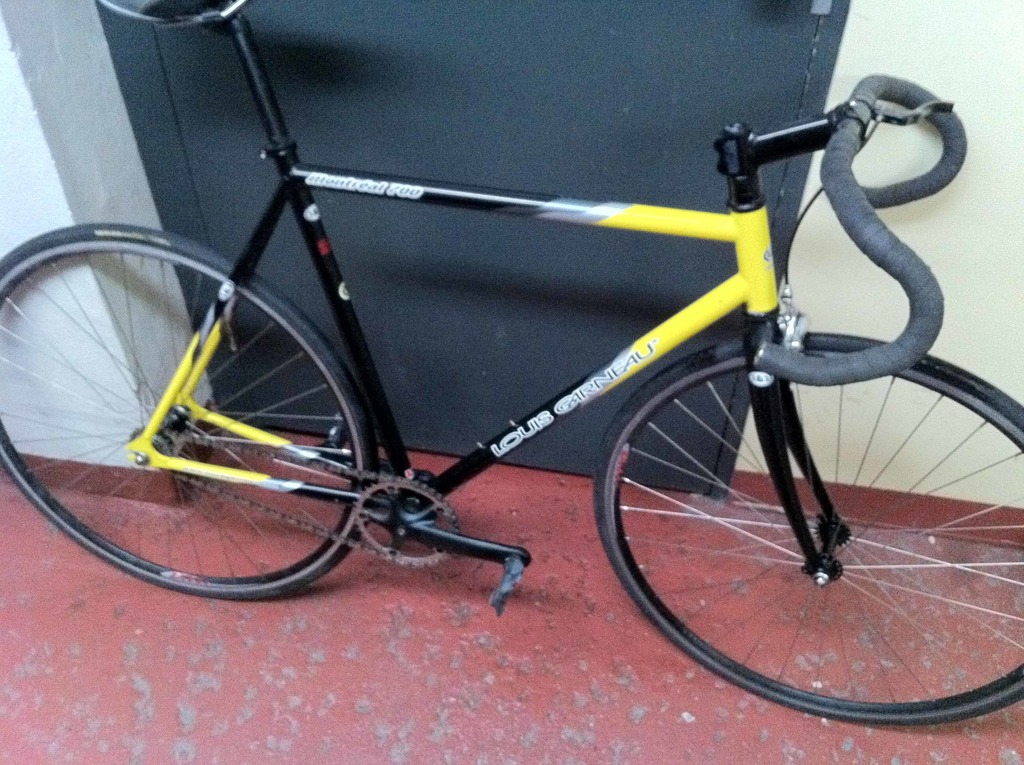 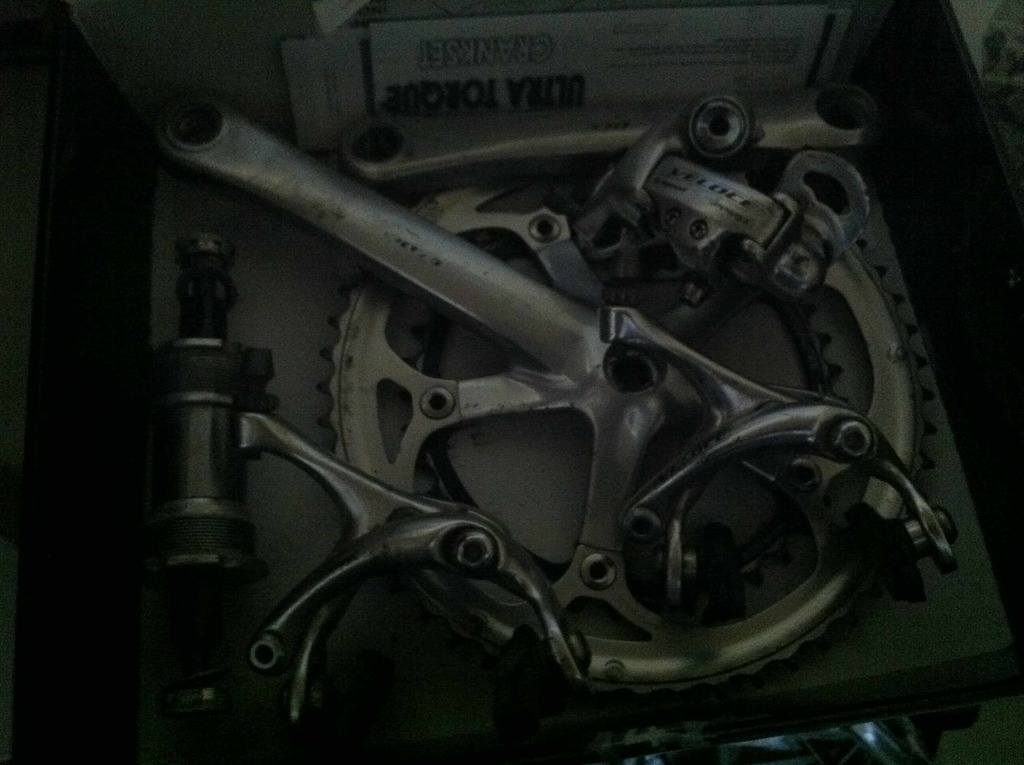 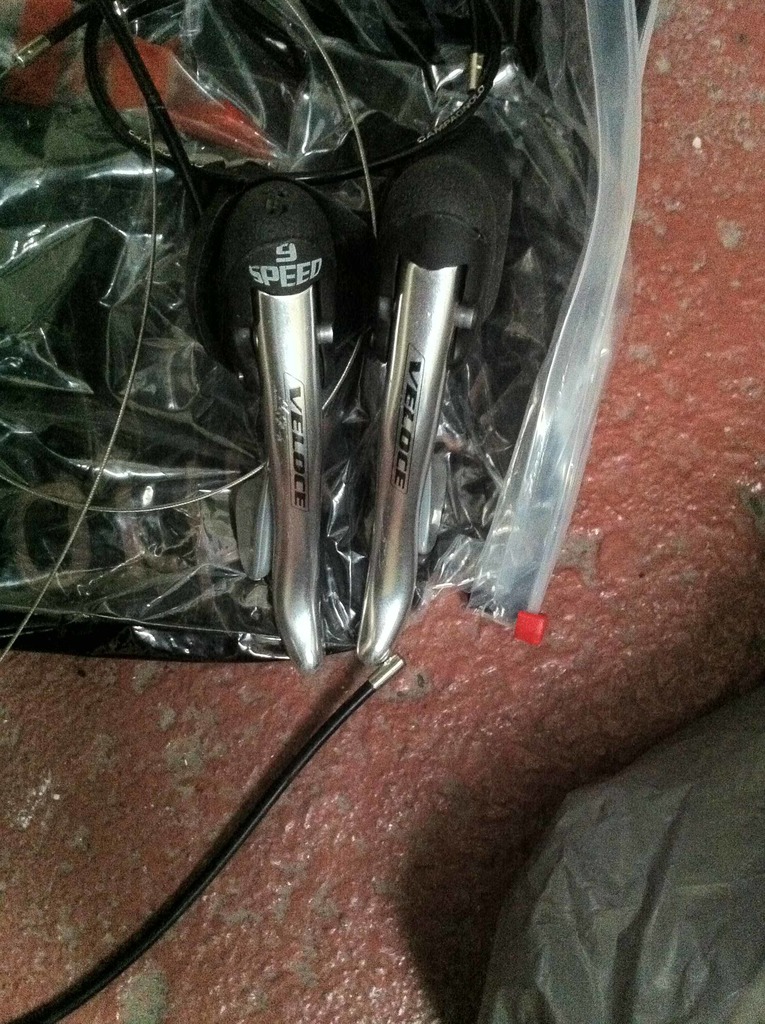 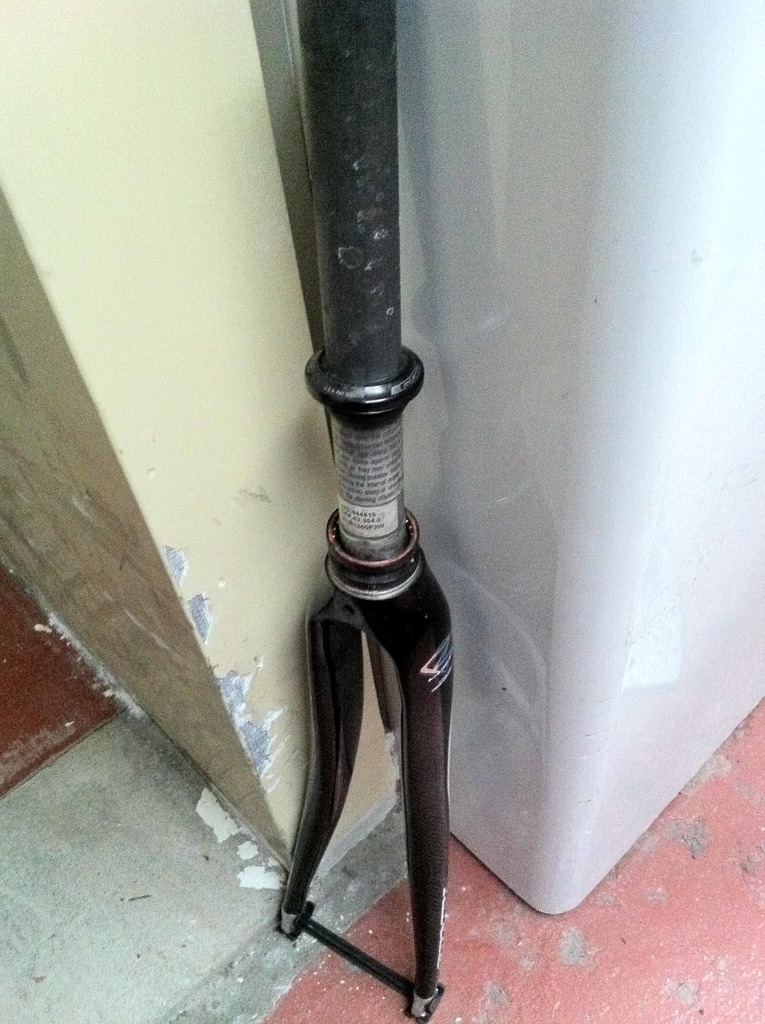 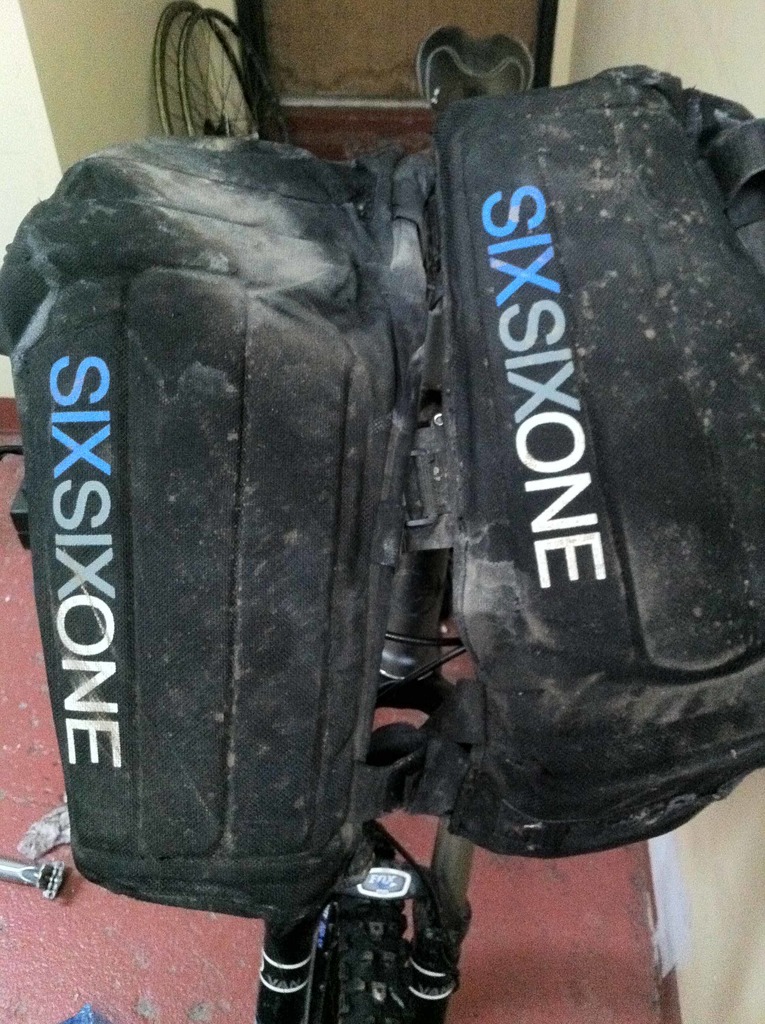 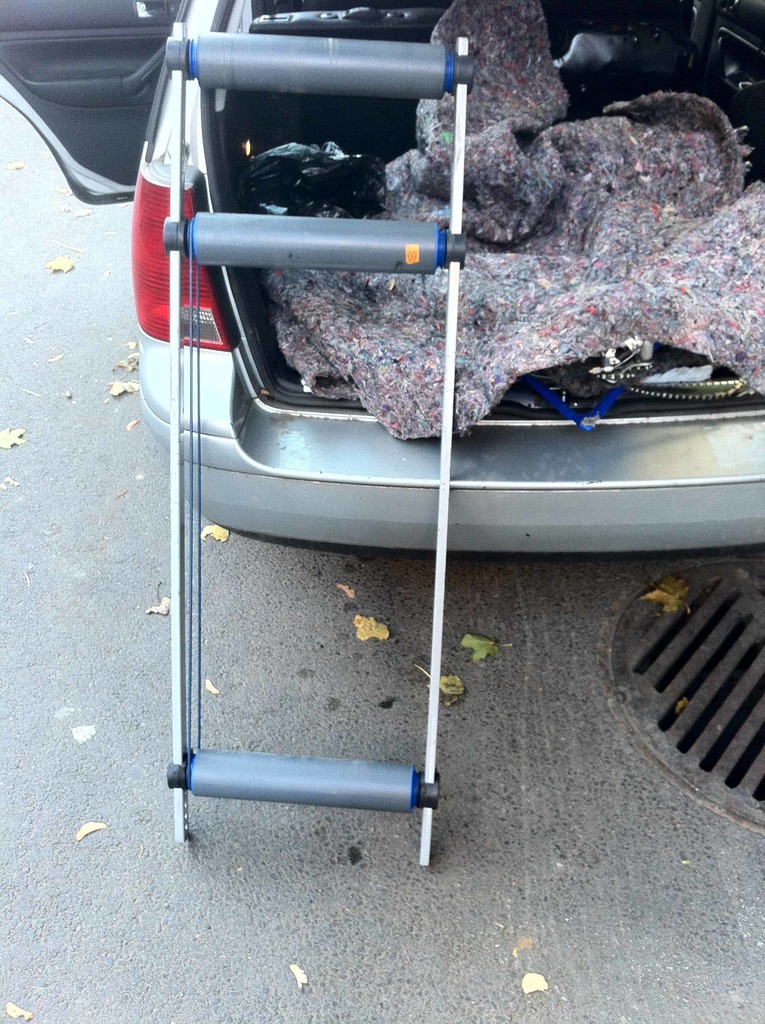 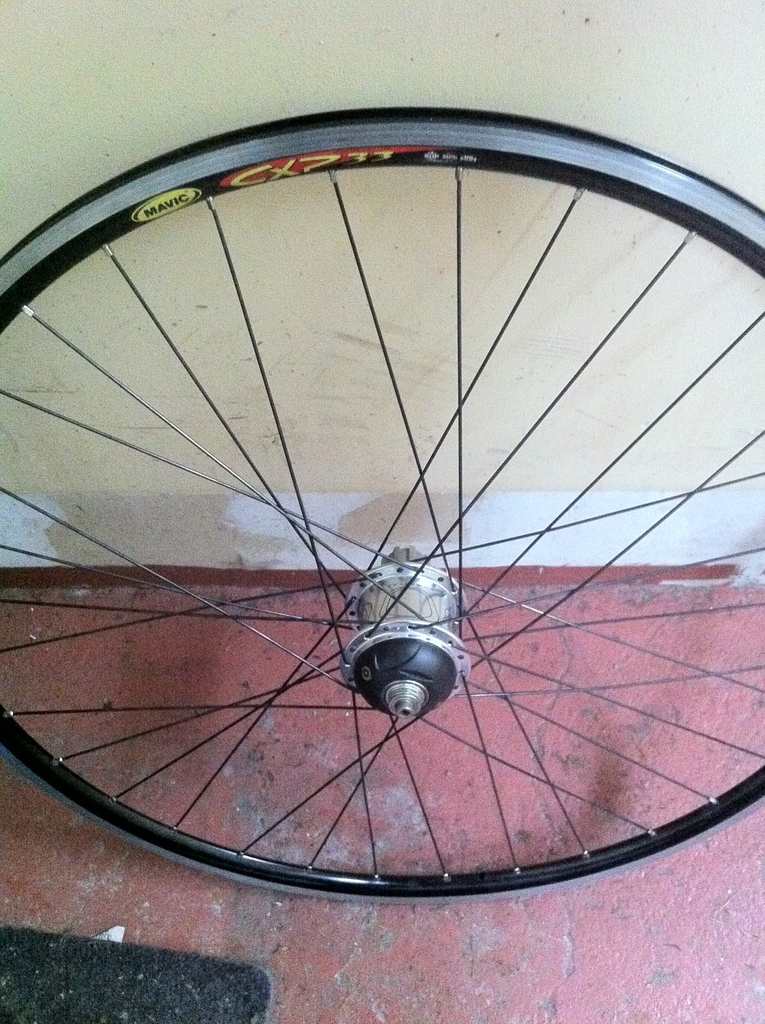 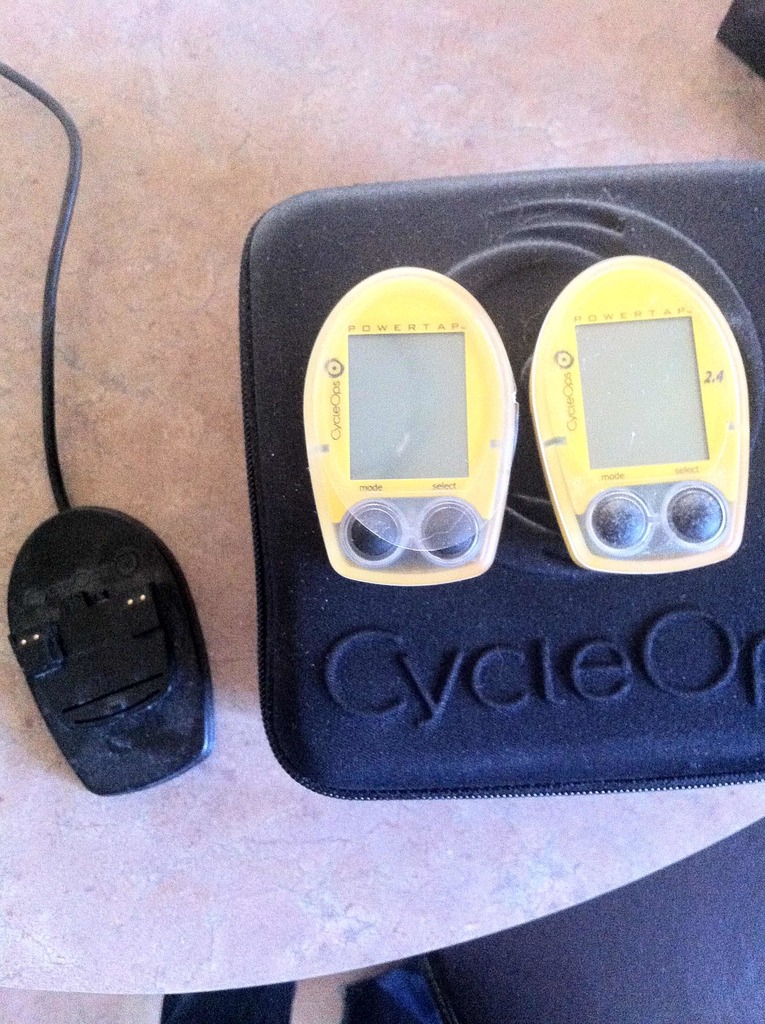