My Dream Bikes Can Be Yours

My cyclocross dream was years in the making, but in February 2011, it got serious. I wanted success. And with most things that get serious, serious shit gets in the way.

Nationals would be in Madison for two years, and in 2013, I’d get to race against the really old guys in 50 plus division. I trained, bought the Focus bikes we hoped would be our team bike, trained a lot more. I wanted to do well at nationals, be seriously…

Arvada Bike Park! Please visit and join our Facebook Group http://www.facebook.com/groups/ArvadaBikePark/.
Join the discussion hosted by the Arvada Park Advisory Committee (APAC) as we identify general interest, potential user groups and features desired for a bike park in our community. Our goal is to craft a recommendation for the inclusion…
Continue Hey all you angelinos out there, i want to get us together to ride and enjoy the local trails.

I'm selling my new X-Fire because it's just a little too tall for me. Any interest out there? Raced at the Cobbs Hill Cyclocross in Rochester, NY. I chose the cat 4 as opposed to the the masters ( I'm 56 ). temp in the 40's and cloudy. The course had a large puddle, 50 yard single track in the woods with a slick 180 downhill turn, barriers, and a 45 degree run up followed by 50 yards of a 10% grade. My feet were quite chilled.
Actually passed people which is more fun then getting lapped which happens in the masters category, but 30 min is a little short so I'll go back to the 45… Continue

My long sleeve CX shirts are getting old, where are the new ones? 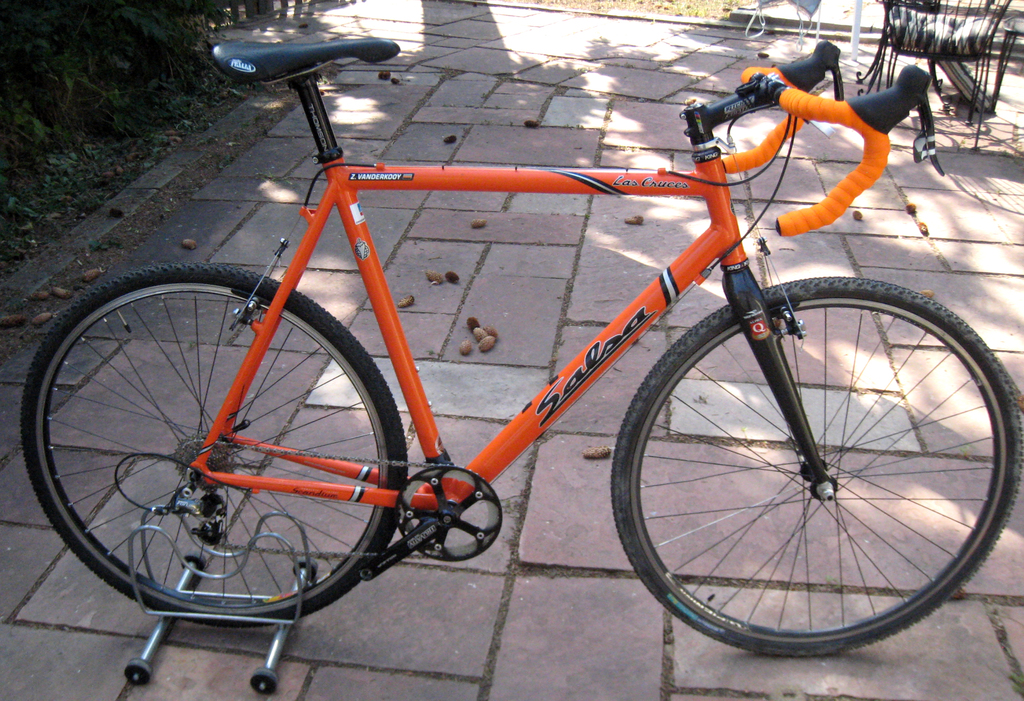 • Single ring setup for simplicity, light weight, and no chain-dropping 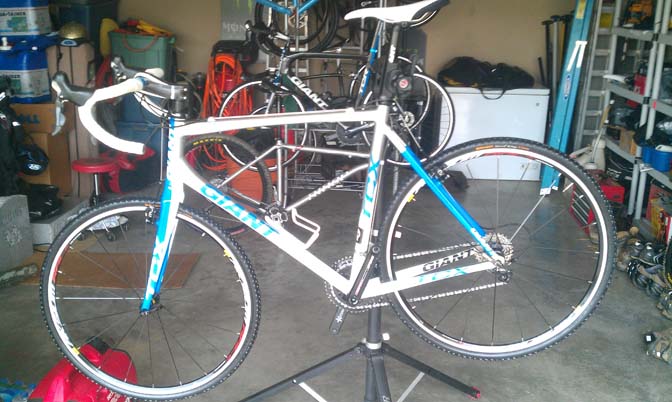 I have a 2010 GAINT TCX with less then 700 miles on it used it as a road bike never been off pavement or in a cyclocross race , Bought a new road bike and don't need two bikes have not road the bike in a year must go . WTB SILVERADO SADDLE , CARBON SLR STEM , AVID SHORTY 6 BRAKE,S , FSA CRANK , SHIMANO ULTEGRA GROUP , NEW CONTINENTAL SPEED KING , MAVIC AKSIUM RACE RIM,S .…

Selling my Stevens Carbon team 56 (55.7 tt). Frame,fork and headset.The frame is in outstanding condition. Raced lightly by masters racer. I also have a carbon seatpost and Fsa k-force crankset that can be sold with the bike for a reasonable price. I can send pictures if you need them
Asking $625.00 for frame,fork,headset

Fark, that was a slap in the face. Did the single speed race then the 45+ race. I felt good for about two minutes which meant my start was great. Then I lost positions the remainder of the race. You know how you're supposed to pop it out of the corners? Get up on the pedals and stomp, stomp, stomp? That didn't really happen. I was flat.

Then there was the second race where I never felt good. The results have me DFL but I swear there was a dude behind me that doesn't show up in…

Sure, it's 6 months away. And kinda out of the way for a lot of folks.
But sounds like an awesome way to kick off the 2012 CX season while finishing off the road, MTB, or gravel grinder season.

I just listed on eBay a pair of Michelin Mud treads mounted on Dugast casings.  Item number is 270913681811

They're a great tread but I'm cleaning the garage....… 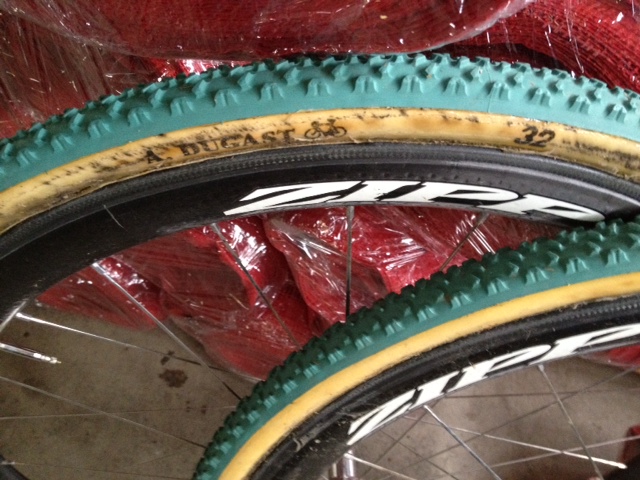