I'll be right up front and tell you; I'm not a big fan of winter gloves. They're often thick and bulky, leading to a disconnected feel when braking or shifting using the componentry found on most modern machines. However, left with the option of racking the bike for five months per year, or donning the walrus mits for a cold-weather spin, I'll pick the mits every time. 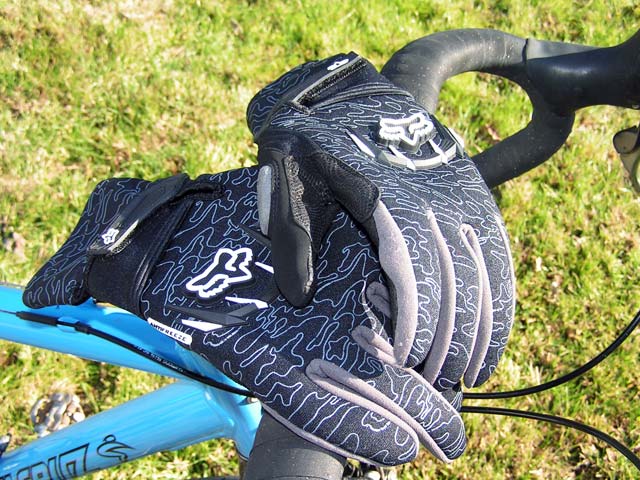 The Antifreeze gloves arrived from Fox in August, not exactly the ideal time of year for winter glove testing. So they sat in a box on the floor like a discarded toy for almost four months. Unused, untested, unloved. Far from helping the situation, California experienced a bit of an Indian summer this year. Good for riding, but bad for testing cold-weather gear (also not ideal for cyclocross). Not until the beginning of December was it finally cold enough to pull out the gloves and give them a good shellacking. 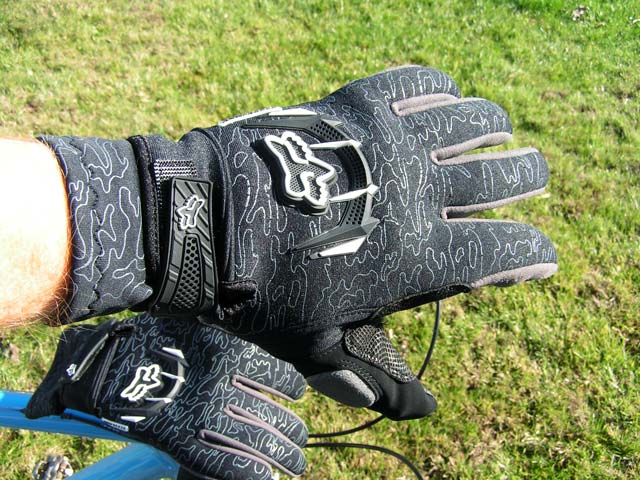 Initial impressions out of the box were good. The gloves fit very well, and were true to size (my testers were a Medium or Size 9 according to the Fox label—consistent with other gloves from Fox that I've worn or tested). They went on easily when dry (more on that later) and provided a snug, reassuring fit—bolstered in part by the single strap hook-and-loop (read: Velcro) closure. I'm very picky when it comes to gloves—if there is a stitch that overlaps a contact area, I'll find it. But the Antifreeze presented no obvious hot spots or pressure points—which was a good sign as my first ride in them was going to be about three hours long. I had no room to stash a backup pair of gloves as my jersey pockets were already full of tools, food, keys, wallet, phone, etc. 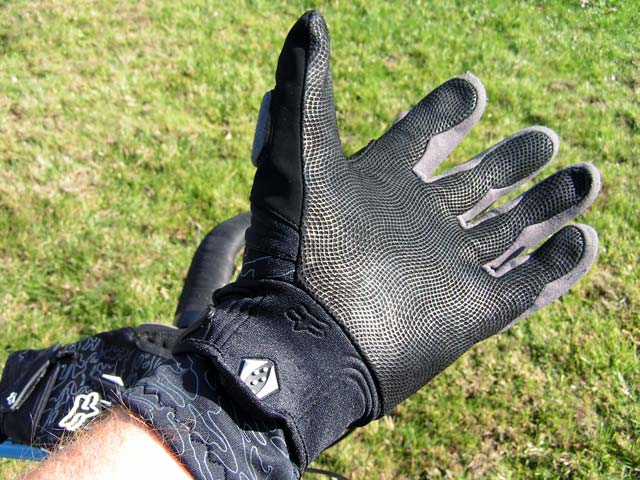 The two layer design pairs an "airprene" (a lightweight neoprene that breathes) outer shell with a polyurethane coated polyester liner that can be worn as just the outer layer, or as a combination inner/outer for really cold and/or damp weather. Though I never took advantage of this flexibility, I can imagine that this would be a great glove to use when starting a ride on those cold, early morning rides when you know that it's going to warm up—allowing you to remove and pocket the liners as the day progresses. Additionally, the palm is constructed of Pittards leather, which provided plenty of dexterity and grip on both hoods and cork tape—even when wet.

Out on the road, my initial impressions proved accurate. Comfortable to the point of invisible, I soon forgot that I was wearing them. For a guy that HATES bulky winter gloves, the Antifreeze gloves turned out to be quite the coup. I had no problem working the brakes or my Shimano STI shifters—and at a damp 40 degrees, my fingers were as warm as toast by the fire. Subsequent rides echo my initial impressions. These gloves are definitely "keepers". I look forward to riding in them because I know that they'll do the job of keeping my hands warm throughout the ride. 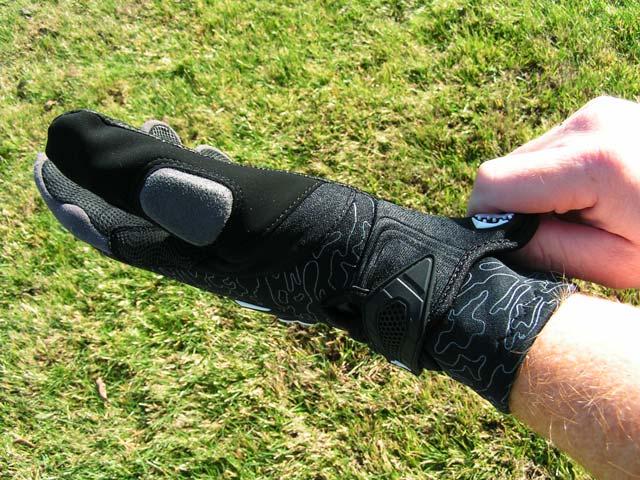 There are two areas, however, where I feel that the gloves could be better. First, after a few hours of riding, your hands will obviously sweat (at least they will if you're doing the whole riding/training thing correctly). The Polyurethane coated inner glove, while waterproof, can be difficult to get back onto a moist, sweaty hand if removed mid-ride. The good news is that the outer glove and the inner liner are separate units, so removing the liners from the outer glove before attempting to put your hand back in will save you a little time, some frustration and possibly the stitching on the inner wrist area of the glove. Which brings me to my second criticism. The "airprene" shell of the glove does not provide a robust feel when pulling on the outer glove. Though Fox has provided a tab which is seemingly designed to pull on while installing the glove onto your hand, the stitching in that area does not seem robust enough to withstand the constant pulling required over many uses. To be clear, I've not experienced any problems with the stitching on my test samples, but I have noticed that the area does seem to show a bit of stress and stretching over several weeks of use. However, I should add that as someone who often stops to take photos mid-ride, the number of times that I put on and take off gloves over the course of a few weeks probably rivals that of a normal rider over the course of many months.

In conclusion, I would heartily recommend the Antifreeze glove to anyone needing a pair of winter gloves up for the task of keeping their hands warm and dry. I tested them in temperatures as low as 35 degrees and still found them to be quite comfortable. If they were a bit easier to put on while damp and provided a more robust feel from the materials, they just might be the perfect winter gloves. That said, neither of these issues would prevent me from spending my own $50 on them. In fact, I may just see if I can talk my way into a second set….so I have something to wear when my first set is in the wash.

Disclaimer: Fox provided the gloves for this review. The author provided the sweat, tears and the sometimes muted power required to turn the pedals on his machine when the only part of him that was warm were his hands.