‘Last Chance Cross’ took place Sunday Jan 25th, as the last race in So Cal AND the finale of the Cross Fever Series. The event took place at Cornerstone RV Park and Picnic area affectionately known as the Flying B Ranch in Black Star Canyon, CA. The ranch presented amazing terrain with world cup potential. Race director and long-time Pro MTBer, Michael Lee brought his experience along with support from World Champion mountain biker Brian Lopes (Oakley/Ibis) to create a course with plenty of excitement for those who challenged it. The course was a mix of fast pavement, numerous off camber S-turns around trees, through gravel and steep hillsides as well as the tricky u-turn barriers and sand pit made riders dismount and remount numerous times per lap. Overall, it was another one of the great courses of this season and a recipe of road, bumpy dirt, sand, gravel, wood chips, banked turns, and steep jolting climbs to make it one of the most technically challenging course yet!

Rock N Road Cyclery hosted Sunday’s event with support from Team CICLE. Mike Lee went 100% at the task to make the day top-notch with the goal to host this event during the peak ’09-10 season. Cross Fans were treated to lots of beer, tacos, and exciting racing action including lots of bloopers for the cross reel; I am guilty of hitting the deck twice and have bruises as evidence. Cross Fever Series Leaders rode hard to win their races as well as overall series medals and custom aspirin/cold compress trophies going to those racers with a severe case of cross fever!

The Juniors set out on course first packing it down for the day and with it lots of determination. Cross Fever Series Leader, Jacob Dodge (Team Vapor) came all the way from Fresno seeking redemption from last week’s battle at El Dorado Park with Ben Bertiger (CICLE) in the Jr 15-18 Men’s race. Ben held off the hard charging Dodge for the victory on the day, but Jacob kept his lead in points taking the overall Cross Fever Series title. Junior 10-14 Series Leader Josh Said (Velo Allegro) calmly wound his way up and over the course for the win but was chased by Jack Tucker (Why You Cryin?), sporting his Team Duke jersey and gritting his way through the course and over the barriers more than half the size of his legs! First timer, Kayla Rudman in Jr 10-14 women (Switchback Cyclery) riding her MTB was determined the whole way and in the end had a huge smile on her face winning her first ever CX race! On the flipside, Anna Wills of the Triathletix showed her enthusiasm smiling her way from start to finish (even posing for a photo before remounting her bike) on her way to a solo victory and overall series championship in the Women’s 3/4 race.

Masters showed their control at the Flying B! The rider of the day was, of course, Brian Lopes as he took the win for the second week in a close battle this time with Bay Area crosser, John Kammeyer (Altezca 40 Racing). In the women's 35+ race the moms took on the course with most improved racers this season, Dinorah Lawson (Celo Pacific) taking on Maria Fahie (Switchback Cyclery). Both winners as Maria won the day and Dinorah the overall Series title. Rick Swanson of Acme Racing took the victory on the day and the series in the 55+ Men’s race enjoying his travels along the way with his wife as a great opportunity for a weekend vacation! Keli Roberts (Montrose Bike Shop) just back from her summer vacation in Australia, won the 45+ women’s race. Afterwards 45+ Men’s winner, Brad Stephenson (Rock N Road/Sho-Air) posed with Keli on the podium as the 45+ Men & Women’s race winners showing off their prize of stylin’ Team Duke jerseys. The John Wayne Cancer Foundation was the official sponsor of the masters races.

The Men's 3/4 race was the most competitive and the largest on the day and the series. Racers were looking for Series leader John Van Dyke (Bike Religion) to take the lead, but it turns out he put in a few too many training miles this week opening the door for new crosser, Ryan Cox to take an impressive 50 seconds on the field and the win. The next strongest finisher taking 2nd place was Dean Lihou (420 Racing), gee I wonder how he warms up? Van Dyke battled it out the entire race with Griffith Vertican (Celo Pacific) racing on a mountain bike squeezing across the line to finish third ahead of Van Dyke. The two were awarded co-victors in the overall series.
Growing in popularity this season was the single speed category and the second highest turnout at half of the Cross Fever races! Another Rock N Road/Sho-Air “Stephenson”, this time Todd took the victory in a close battle with last week’s winner Paul Hernandez (Bicycle John’s) in 2nd place and Geoff Albert (HUP United) although 3rd place on the day was the Overall Series winner.

In the elite Men's race, Brian Lopes (Oakley/Ibis) took his second win and his smooth bike skills and sprinting power to dominate the race from the start. Eric Christenson (Rock N Road) was the next closest racer to Lopes and the only elite rider to not be lapped by Lopes. Christenson took second=2, while Mike McMahon (Velocity) rode close into third. In the elite women's race, Dot Wong (CICLE) took the win and the overall title. In second it was Annette Padilla (Celo Pacific) just the start of her marathon day competing in three races that day! With most elite racers done with cross, these ladies certainly have the fever! And speaking of…
Visionary of the January Cross Fever Series, Dot Wong saw a need for a “post-peak” season series. Cross Fever supported clubs wanting to promote cyclocross, giving them a chance to learn what it takes to put on a CX race and put into place a game plan for next season. Cross Fever’09 was four Sundays in January in four counties kicking off January 4th in Bakersfield, then to San Luis Obispo, Long Beach and finishing the season in Orange County where the official season began in September '08.

The Series “fed the fever” of those wanting to keep racing cross with many now making it their main sport. It introduced cross to new regions like San Luis Obispo hosting their very first cross race in over 20 years! Cross Fever hit almost 400 racers, of that a third of them NEW to ‘cross! Wong states, “World Championships for cyclocross have always been forgotten as long as I can remember, so ‘Cross Fever’ was created as a low-key fun way to keep the energy up to the REAL season finale. It kept us connected with Junior Morgan Ryan’s journey at Euro Cross Camp. It was a place for some crossers to “stay in shape” before CX World Championships (1/24) like masters, Bob Llamas, R. Lee Wilmore, Edwin Rambuski and Katrina Baumsteiger who just won a silver medal! We will toast these achievements, all of the promoting clubs hard work and the memories of the season at the Super Prestigious Bowl Party on Sunday 2/1 with a MTB ride, “fun” CX race, BBQ and large screen viewing of the CX World Championship Weekend (Jrs, U23, Elite)… how fun is that! Then it’s eight months to the next ‘cross season!”

With the 2008-09 CX season coming to a close we all need to continue to support our series sponsors but most of all everyone needs to thank Dorothy Wong (DOT) and Jeff Herring as this dynamic duo have put together, yet, another quality cross season. They are not getting rich promoting races so show your love as they do from September to January to promote one of the best cross series in the United States. I have raced elsewhere and they don’t rock like So Cal Cross! So, in your off season put it on your to do list for the new year to ride your cross bike and find a friend who you can convince them to race in the USA #1 growing cycling sport, CYCLOCROSS!

Stay up to date on the latest SoCalCross news at: www.SoCalCross.org See you next season! 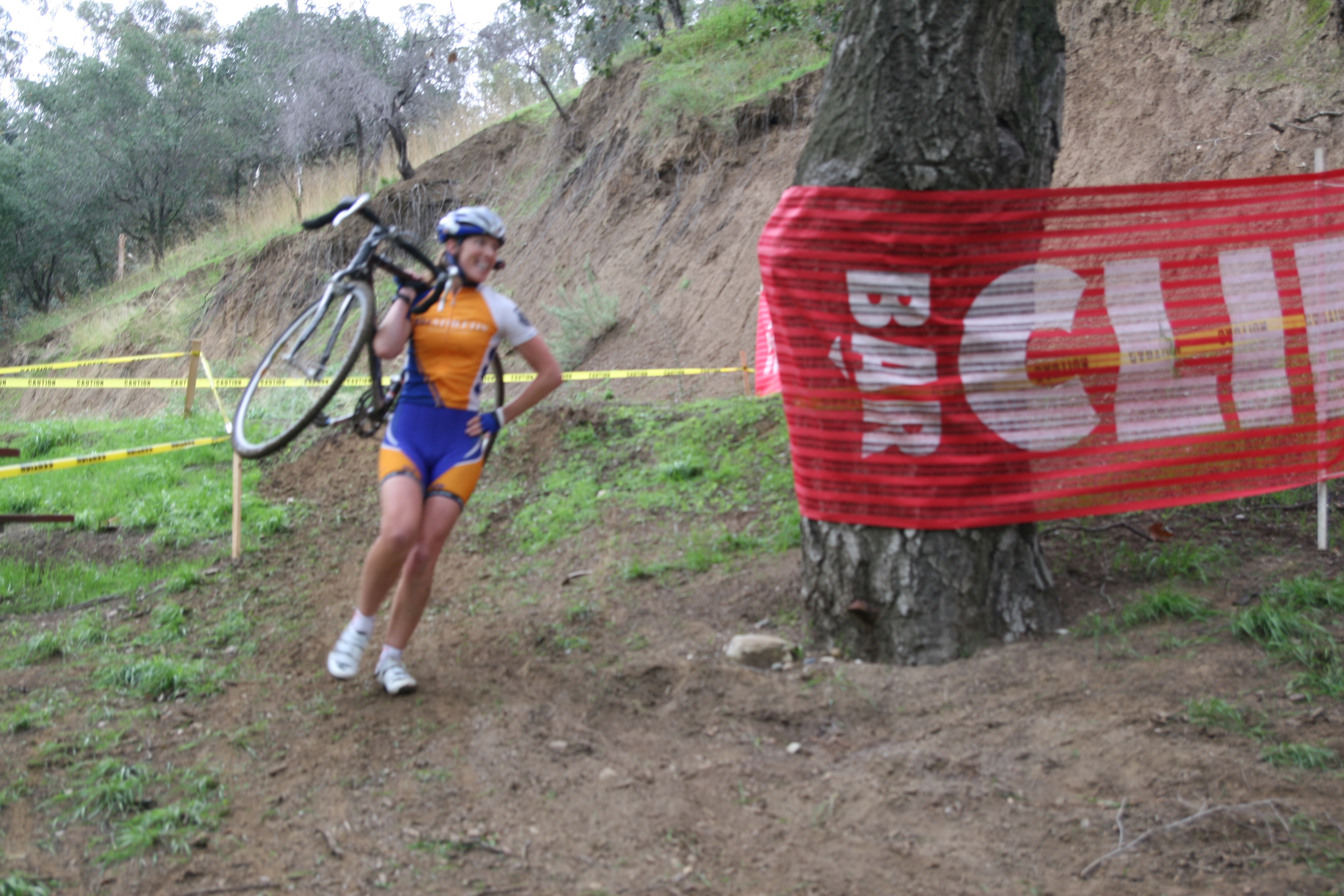 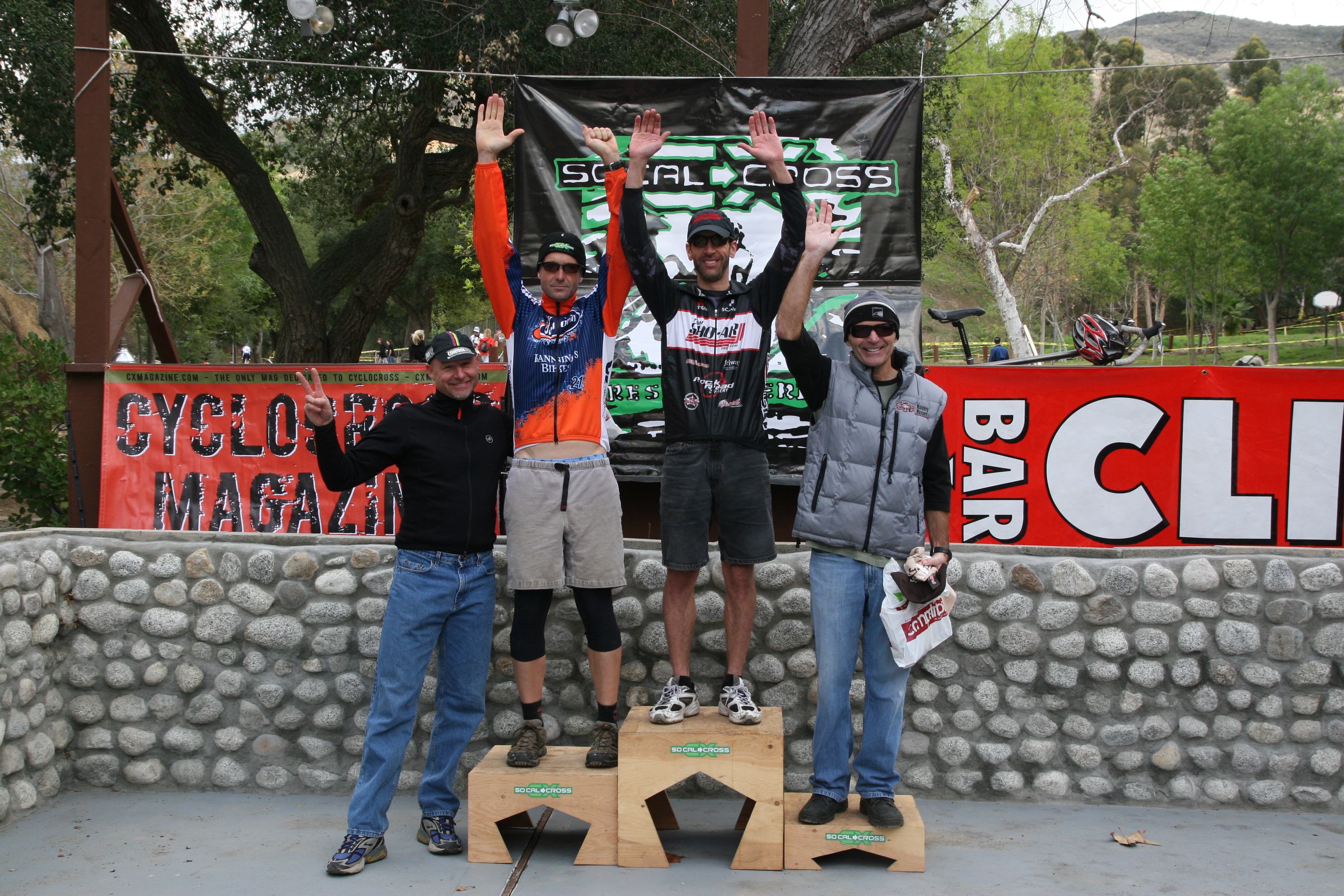 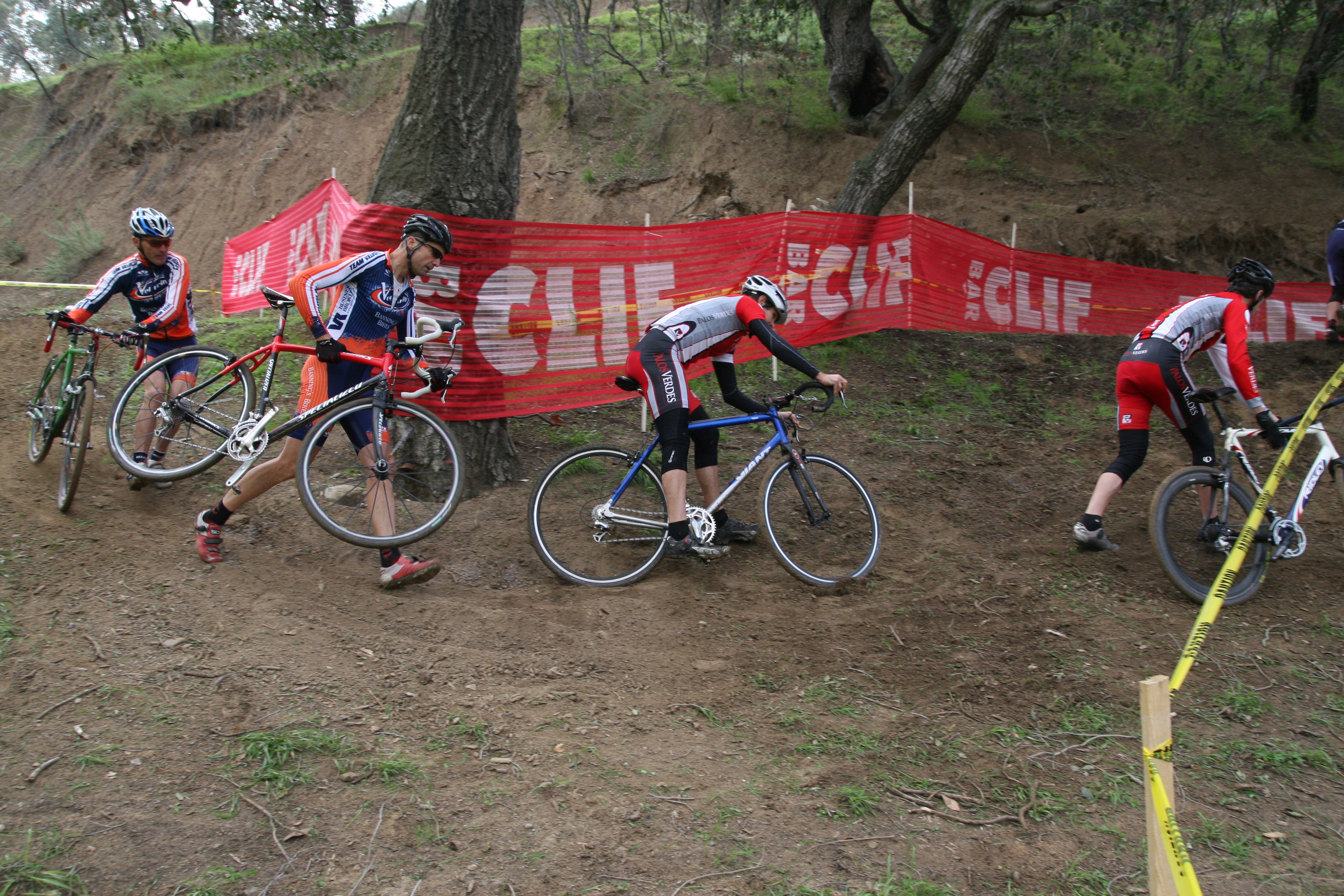 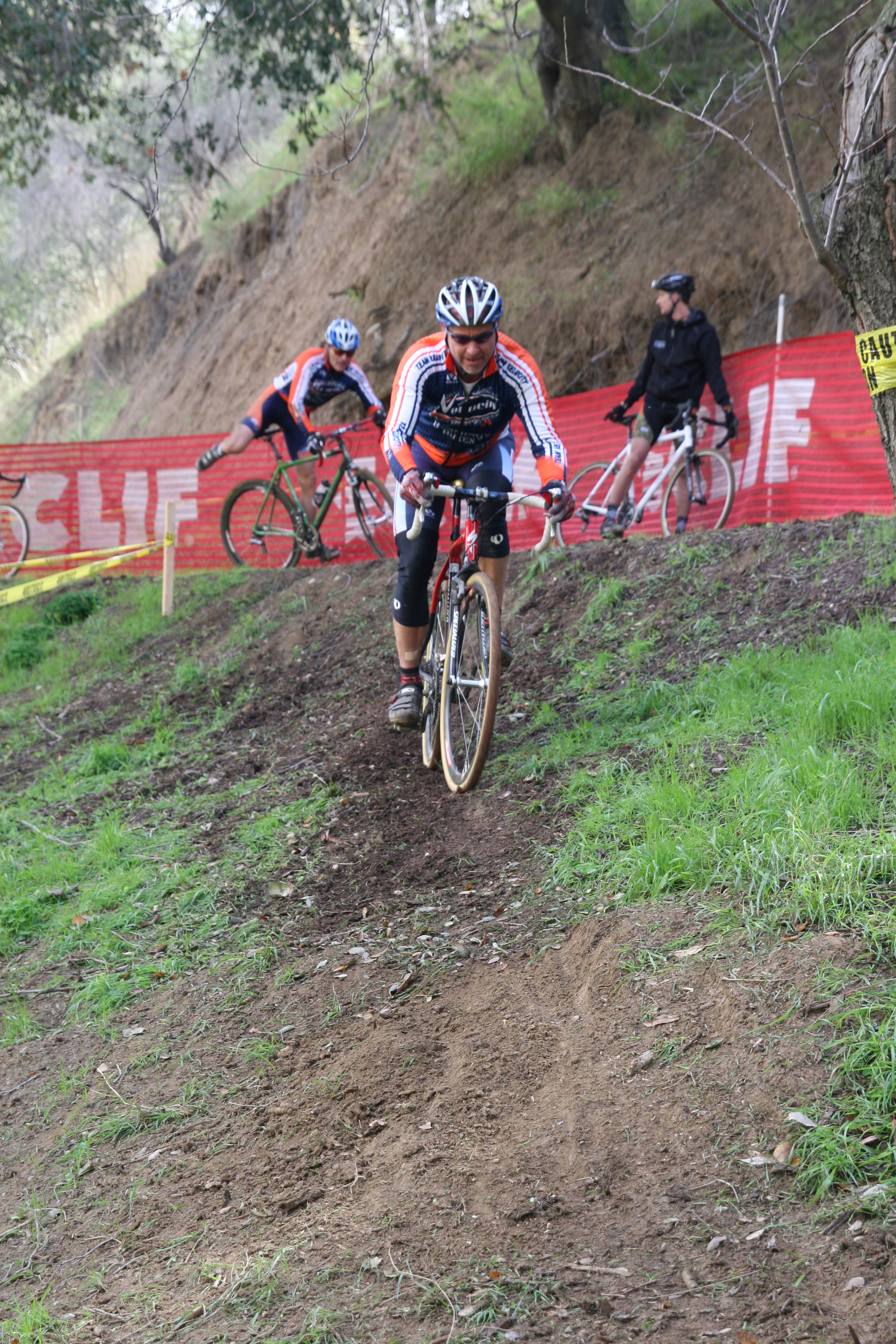 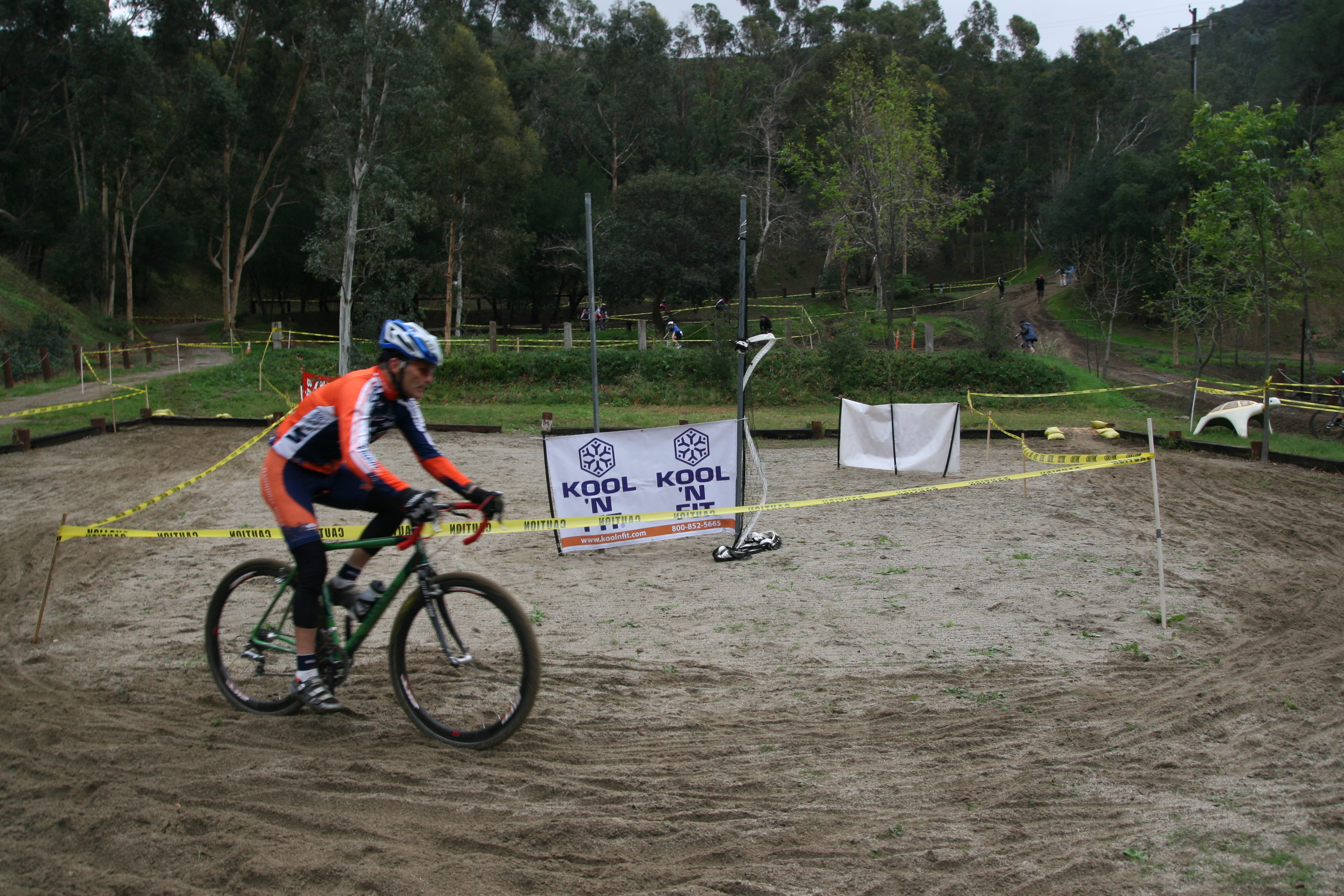 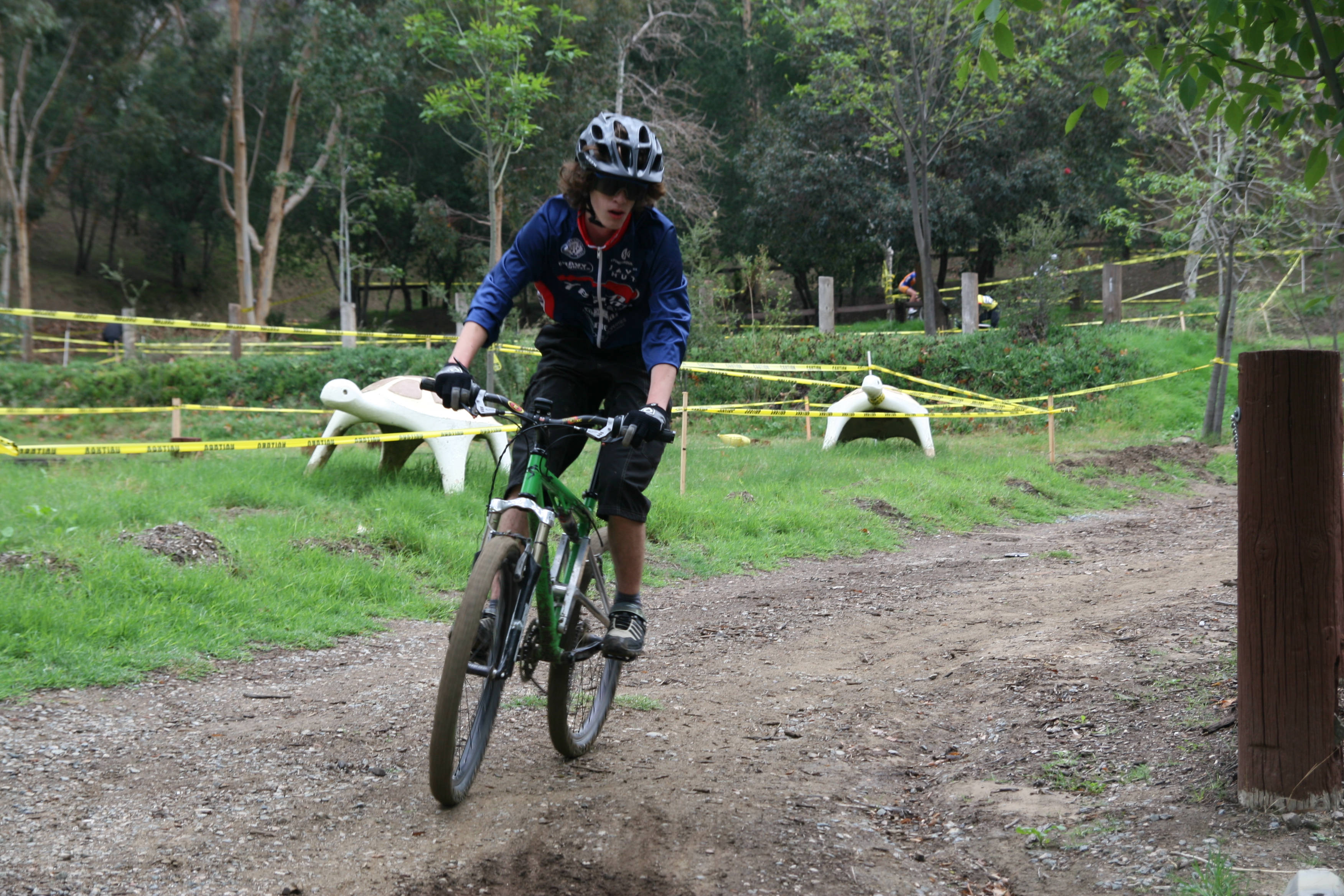 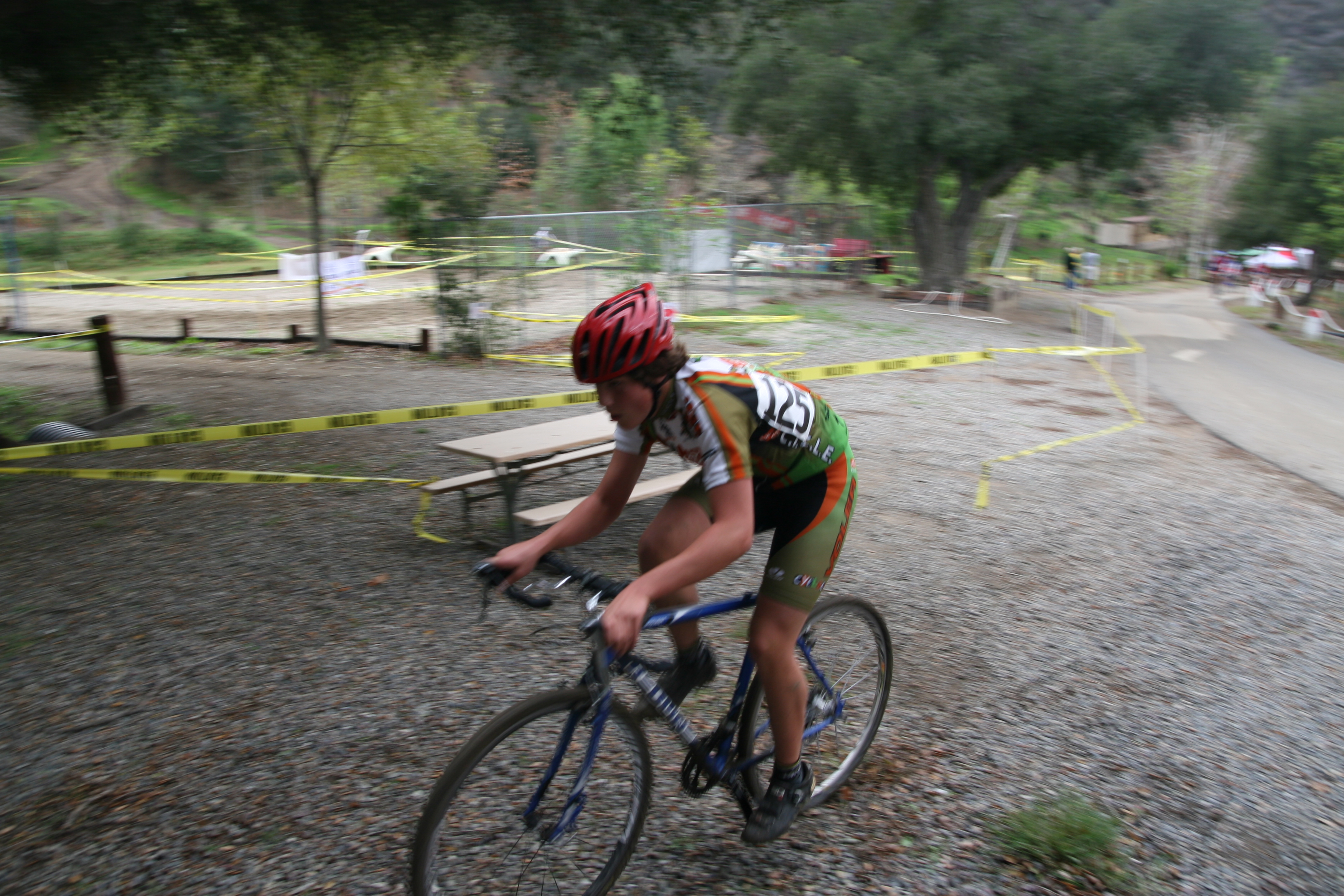 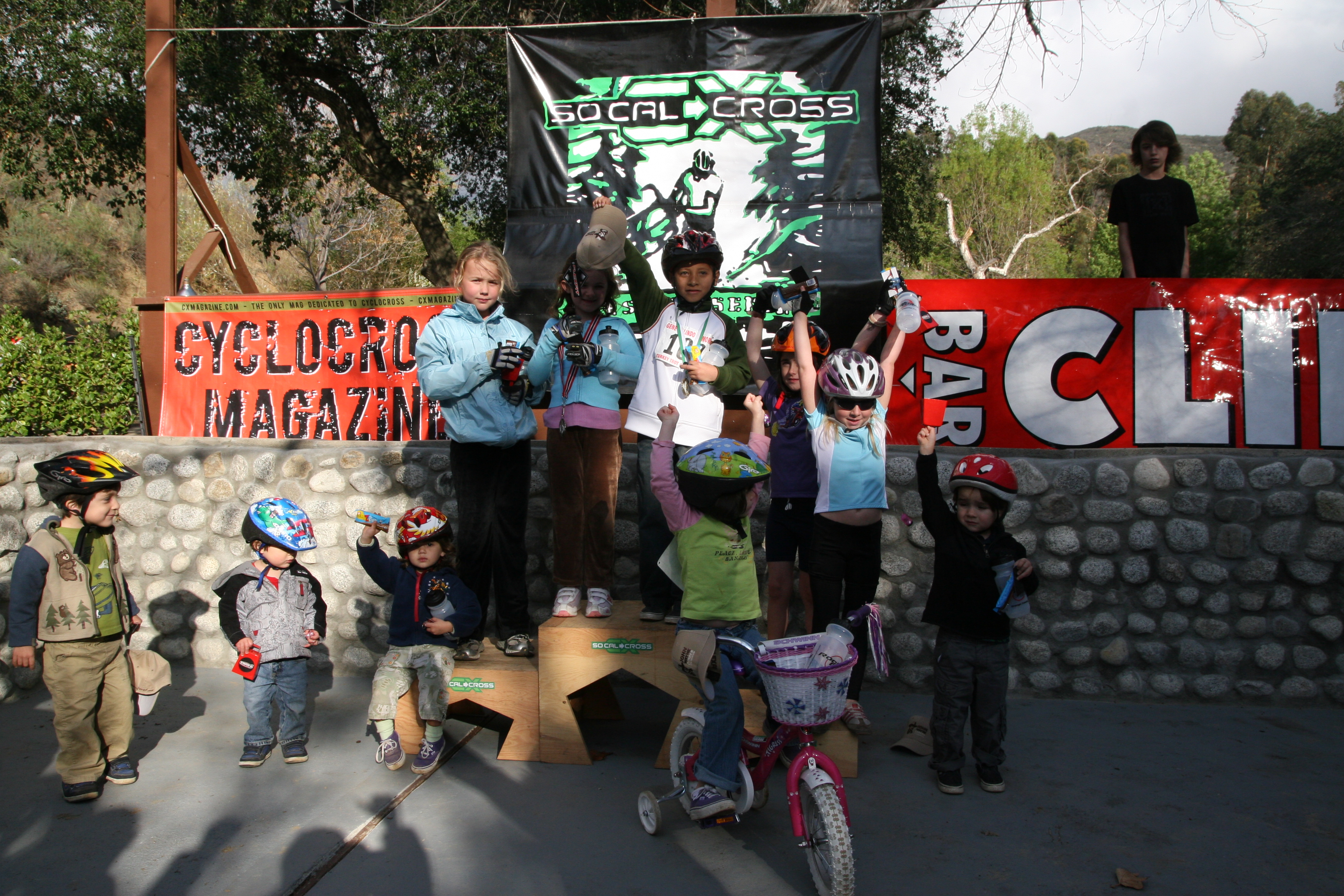