I started out great. From the gun (err... whistle), I got up into the lead group and sat in about 5th. The first lap I felt pretty good and was working well staying in the back of the lead group. Unfortunately, that didn't last long.

I (stupidly) decided to back off the pace a little on the second lap because I felt I was going a little too hard and I wanted to have something left for the 3rd (and last) lap in case I needed to outsprint someone for a top 10. Well, deciding to back off the pace meant that instead of working with a group (and the lead group at that) I was now working on my own in between the lead group and the next group who was charging pretty hard to catch. That whole second lap I ended up expending far too much energy trying to stay away from the group trying catching up. And as most of the roadies know, using up that much energy just spelled doom. They eventually caught me, and a few passed me, soon after the start of the last lap.

The last lap was almost pure "balls to the wall". But because I had burned up so much on that second lap, by midway into the last lap, my body just wasn't letting me go any more. Now, the Stony Creek CX course is notorious for using a section of beach that goes for 75+ yards. That last time through the beach just killed me. I was barely holding on to top 10, yet in those yards through the beach I lost 5 or 6 places. Eventually, I got pretty lucky and in the home straight a rider crashed in front of me on a transition from grass to pavement. I mustered up all I could to hold off a rider behind me and ended up 15th.

Not as good as I wanted, especially since I thought I felt pretty good coming into the race. But ... live and learn I guess... 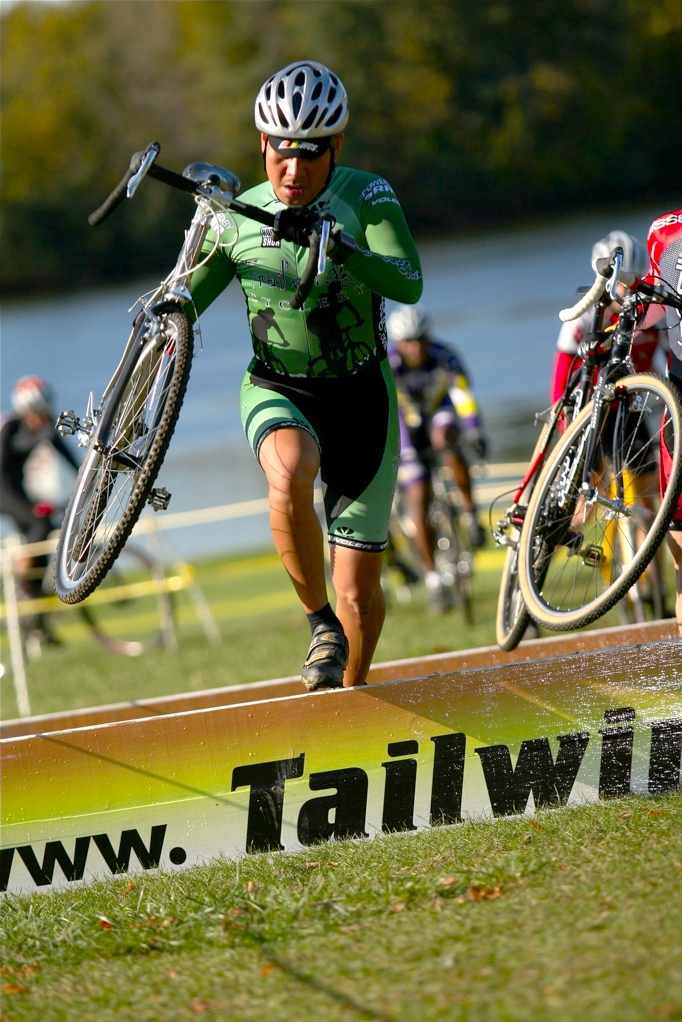 Comment by Cross Hound on November 27, 2008 at 5:20pm
Tailwind events are always well done. Sounds like you had a decent race Randy .... Remember its easier to work in a group than alone even if the pace is up. If you cant hold the pace sit up and wait for the next group although in a cross race that isnt as important; you are usually all out the entire hour.
Say hello to robert and the tailwind gang. I am down in florida and still trying to get use to the sand!
Cheers

Comment by Jon on October 30, 2008 at 5:10am
Nice write up! Tailwind always puts on nice events, I did the Owasippe Time Trial MTB race this spring, lots of fun:)