Last August the creepy guy in the basement of my apartment building sold me his centurion touring bike for $20. Later in September I raced my first cx on a jalopy of a single speed. And then continued to race every race I could get to that fall. This post is more a venting, and a letting off of steam then something constructive. Technically its still spring, and will continue to be so for a little over a month. This leaves about four months until the first cyclocross race of my second season. I… Continue

Sterling Sports Group (www.sterlingwins.com) is recruiting riders for our 2010 CX Program. All the details are not yet finalized, and we'll have a 'formal' announcement soon, but I wanted to let everyone know that we are looking for riders and we've got a great program for 2010 including:

Power based training is widely seen as the Gold standard in performance coaching. The true efficacy of power based training is most evident when used in interval training, but it is also rife with potential problems. When should you do intervals, how far apart, what systems to target day to day in your training? This webinar will delve into the science and structure behind power based interval…

A word about Worlds

Cross Worlds Are coming to town! That is the coolest thing ever. While I'm excited about 2013 like everyone else, I'm really pumped about 2012 (and 2013). 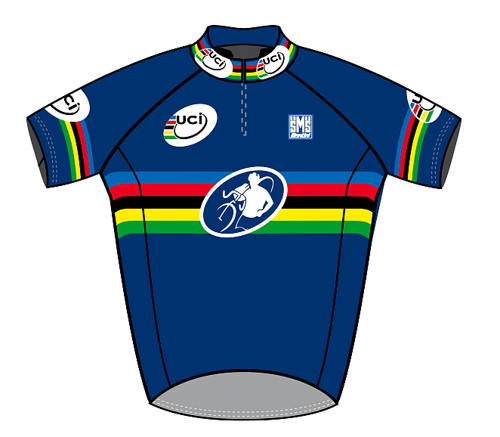 Thats when Louisville, KY hosts Master's Worlds. Even though the venue for 2011 hasn't been established yet.
There's been a lot of chatter lately about pushing our Natz into January "like the rest of the world". I disagree with that, here's some of my thoughts as to why.

We're not the… Continue

The Southern California Prestige Series of Cyclocross presented by Shimano will host its final race of the 2009-2010 season on Sunday, January 17th at Hansen Dam Park in Los Angeles, also race three and finale of the January 2010 Cross Fever Series. Home to the famed UCI Dam Cross in 2007 and 2008 and the 2006 SCNCA District Championships, the park's bowl-shape is the perfect platform for premier cyclocross action. Hosted by Teams SoCalCross and Montrose Bike Shop, racing begins this Sunday at… Continue

Belgian news review of Middelkerke cross "the oldest of Belgium"

News review of Belgian national TV, its in Dutch but its giving a good look of the boys working real hard. Jonathan Page did a good race. (to start just "click" on the triangle on the Sven Nys picture.)http://www.sporza.be/cm/sporza/wielrennen/veldrijden/091223_nys_noordzeecross

Man 09 has not been my year! Sart it out with open heart surgery then finaly heal up from that and find out I have COPD, then on my first race of the season feeling strong and sitting in the top twenty I swing wide on a turn hit a hole, and super man myself too three fractured ribs WTF? Three weeks on the trainers still sore and I have a great race at Hillsboro little mud flat and I`m on it mid pack from the back row! Halloween feeling good warm up is great I love the course, first lap ad I`m… Continue

Wicks and Scott on top for Bend's last cross race before Natz. (photos)

Great day of racing at Crossaflixion final in Bend OR.
Despite frigid morning, the sun came out and made for an epic day of cross up at the Seventh Mountain Resort in Bend OR. With both Wicks and Trebon (Kona) showing up, the races were hot enough to melt the ice.

The ladies battle was won by Renee Scott (Sunnyside Sports) who took the lead mid race and created a gap too large to surpass. 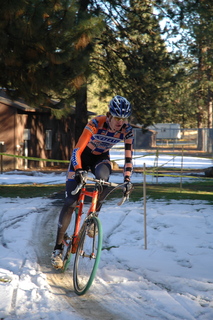 So, Team Oakland is sponsoring this particular race in the BASP series. Automatically it becomes a bigger deal, at least in my world. We have to represent, and do right by our sponsors. Working w/ Pilarcitos for going on 7 years now makes things easier, as we have developed an outstanding relationship with them. They did up the banners and entry way to the race, and the team showed up and partied and the rest of the teams showed up and partied and ended up being a great night.

Surf City did a double race weekend for their series, not sure how it turned out for them, but since I work on Saturdays, and I'm already taking the Saturday off for the BASP night race (we are sponsoring the race, after all...) I get to miss the Halloween race. Darn, I like festival races. So the next day, Dia de los Muertos, I go down and hit it up. The course this time was a mix of Surf City and Peak races of the past few years. The course stayed up on the...East(?) portion of the grounds… Continue

Pilarcitos had to come up with a course in a tertiary location in order to keep the series going smooth. The original location, Candlestick Park is a victim of park closures, and negotiations w/ the East Bay Park and Rec Dept regarding an East Bay location got stalled by one well placed ass. So adjust, Coyote Point is a great place. They came through with permits and the crew designed a course that stayed away from the beach and flats that will be preserved for the series final in Dec. So using… Continue

I love shooting Cross as well as other sporting events, but it is tough to get good coverage alone. I can't get the finish or podium shots if I am at the hurdles. And I can't pass out cards if I am shooting.

I am looking for a couple people to help. I could exchange a photo for passing out my link and business cards. I could use an additional photographer who knows their way around an event and DSLR.

Housing At CX Nationals in Bend, OR

This is for all those headed to Bend for Nationals....

I rented a sweet house with some available beds/rooms for the week of the races (wed - sun). The house is located about 2 miles from the race venue, is over 2500 square feet and includes: Outdoor rock gas fireplace in private patio area, large kitchen for entertaining and cooking at your leisure, large eating bar and formal dining room, wine chiller, comfortable beds and linens, plush towels, Jacuzzi tub in master, full DVD… Continue

Half-way Through the Season and Finally Feeling Good

Well, the WCA season is in full swing with 5 races left and I'm finally feeling good about my performance. This past weekend in Milwaukee marked the first time so far this season that I felt competitive AND had a good time. The course was tough without being overly hilly or lung-taxing. Sure, I was breathing heavily but it was no suffer overload like some of the earlier WCA races. I felt the Washington Park CX was a perfect opportunity to practice and utilize the basic CX skills and… Continue

Race Report: Surf City Cyclocross (Or, Yes, I Brought My Bike To A Nerd Convention)

What: Surf City Cyclocross, Men's C (what these NorCal hippy freaks call Cat 4)
Where: Santa Cruz County Fairgrounds, Interlaken, CA
When: Halloween, 9am
Who: Me and 30 new friends
How: Second to last place, baby!

I'm in San Jose at the World Fantasy Convention, commuting with my nerdy people and talking about the importance of gun play and crashing zeppelins in your modern fantasy novel, all done in a bar the size of a tennis court. This is awesome, but it means… Continue

Thanks to The Bikery in Stillwater, MN!

Since both Wisconsin Cycling Association CX races were cancelled this weekend due to foul weather and the park managers' unwillingness to let 'crossers tear up the land, I headed over to neighboring Minnesota for the Jackson Meadows CX race sponsored by The Bikery. I have to say the course was fast and bumpy but in an excellent location. The weather was nice and the people were very welcoming, even though the couse wasn't very spectator-friendly. I got lots of encouragement on the… Continue

Race Report: Long Beach Cross - Back On The Humpy Bumpy

It's not the gravel, it's not the sand, it's not the one-eighty switchbacks and run-ups through fire hoops that hurt. It's the gopher-hole-infested, melon-ball-from-hell divotted, semi-cared-for-by-LA-Parks-And-Rec… Continue

Twenty-three of us toed the line this week, the course was dry and fast, everyone's bike was clean at the end of the night, and there was lots of chatter about heading down to Cary and Raleigh this weekend to go school the Flatlanders at the… Continue

If you're in the 'bus, come cross with us.
http://crossbus.blogspot.com/